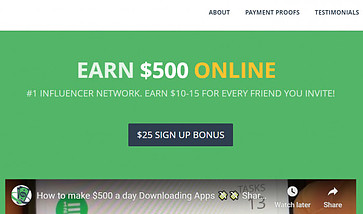 I recently came across this program and immediately noticed some things you should be aware of before you get involved with this system so I did a review called What Is ShareCash About – The Truth, so you are informed before getting involved.

Just so you know, I am not associated with ShareCash in any way. If you are looking for an honest opinion on this program then keep reading as I reveal the truth about this program.

Hi, I’m Richard, after getting burned too many times from scams online I decided to take action and fight back by researching the make money programs online and to share with you the truth about them and whether they are legit or not.

In fact, you’re about to learn some nasty tricks that these scammers are using to steal people’s money.

Congrats by the way for taking the time to research the product before purchasing it.

This is a great step in preventing yourself from getting burned by the many scams while you search for a legit program to make money online.

You can read my article on “How To Know A Scam” here, this will help you spot most of the scams out there.

So, in this review, I will go over what to expect from ShareCash and the chances of you making money with it. 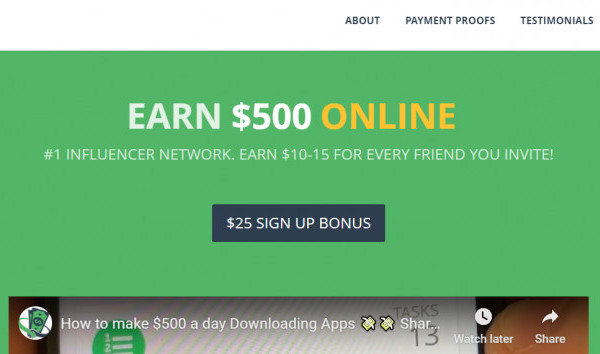 Cost: Free to Join with charges that apply within the program

The very first thing you need to know about this program is that:

… however, I will continue to uncover the full truth about this shady program and I will also share with you a legit training program that you can actually make money with for real.

… Those YouTube videos are created by people like yourself trying to make money by advertising for free for the program believing that they will make a lot of money from it. Those that put all the effort into making those videos don’t make a dime and in fact, they don’t realize this until many months later.

Meanwhile, the program is getting all of this free advertising to lure more people into, well, you guessed it, to make more videos for them.

To be honest with you this is the first time I have seen a program posing as another type of program.

ShareCash is using what they call a GPT (Get paid to) website. I am sure we have all heard about those survey sites where you fill out a survey online for a few bucks or credits. These sites will pay for completing a survey, installing an app, watch an ad etc. Keep in mind not all of them pay out as they say they will either.

ShareCash is pretending to be like one of those programs where you get paid for creating a video or something else. However, they fail to pay any money out to anyone, that’s right, no one is getting any money from these crooks.

ShareCash will NEVER pay any money to anyone

If you haven’t signed up yet, good for you however if you are one of those that have signed up then you wasted your time. Just delete the videos so you don’t promote them any longer.

We as a community have to fight against these crooks because the Government won’t and can’t.

The sad thing is that many of these scams out there are created by the same company using false information to hide behind.

So how does ShareCash make money?

ShareCash makes money on what they call a CPA.

Every time a specific action is created ShareCash will get money for completing the action. However ShareCash doesn’t complete the action, the public who signed up for the program completes the action and never sees a dime because ShareCash keeps it all for themselves. 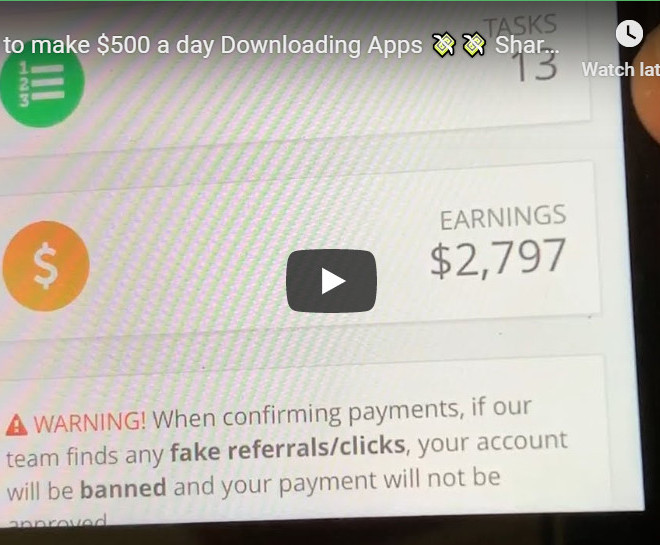 The actions can be anything from:

The whole process its self is not a scam, it’s the intention of the owner not willing to share the money with those that complete the tasks make it a scam.

ShareCash promises to pay you a whopping $500 / day with no work involved. They will also give you $25 just for signing up.

This in itself looks very good with the honest person when they don’t realize they are dealing with a con artist.

Hey, we would all love to receive $525 bucks a day for doing nothing right.

Inside the program they claim that they will pay you:

Ok, that’s all great and all but we want to see the money. So you do a few things and try and claim the money just to prove it works. And if it works you will be willing to give it a bigger go right?

The problem is that ShareCash won’t let you cash out any money until the following requirements are met:

Ok, it got you by surprise and now you are willing to give it a go-to reach the limits so you can get the money or quit.

You work your butt off and now you are there, time to pay up boys.

You find the “request payment” button and click on it…

Time To Get Paid

So you clicked the button for payout…

ShareCash gives you the payout number and tells you to expect it in a couple of weeks. They also tell you to keep working as you did while you wait for the payment to make even more money for the next payout.

You finally get an email from ShareCash stating:

So now you are steaming and want to contact Fraud Department right? God damn right.

But, when you try and contact ShareCash’s Fraud Department as suggested, no one will ever answer your email because…

… well, the email they provided to you is…

If you haven’t read my article on “How To Know A Scam” yet, may I suggest you do it soon? This article covers all the little tricks and telltale signs that indicate a scam. That’s how I knew this program was a scam as soon as I saw it and it didn’t matter how many testimonials they had or how many YouTube videos they had up. You can still tell the scam from the legit.

It doesn’t matter that they just lost another person because they make a lot of money off of you and your videos are still running, bringing in more customers to do the same thing to them.

I know, I have been there my friend.

All those people you referred to the site are just waiting for the same thing to happen to them. And there is no way to warn them while they are referring more people as well.

And the sad thing is the government won’t shut them down. Besides even if they do, they will just do the same thing again under another name.

Now the internet is full of those videos claiming:

When you get a chance to delete those videos, let’s not support those scams any longer.

Who Can Benefit From ShareCash

I think it’s pretty clear that no one benefits from ShareCash.

ShareCash is a scam and should be avoided.

If you sign up for this you are wasting your time getting someone else rich.

I believe my review about What Is ShareCash About is pretty clear would you say?

Based on everything I have mentioned in this review…

… ShareCash is one of the biggest scams out there.

I don’t know about you but I don’t trust anyone that puts false claims on their advertising. If they are dishonest upfront then what do you expect to find inside their program? That’s right dishonesty.

Are you tired of all the scams out there? then check out my #1 recommendation for building a legit online business the right way.

This is the program that’s been working very well for me and you can even try it out for FREE yourself, don’t worry there are no tricks involved with this company. You will quickly realize the difference between scams and real legit money making online training program for the beginner.

Don’t fall for the fake programs out there, sometimes it’s very hard to tell the bad ones from the few good ones when you’re just starting.

There are plenty of articles on my website that can be very informative while learning the ropes of online marketing. Feel free to browse over them, it will be worth your time to check some of them out.

I would love to know if you found my review helpful and informative, please leave your questions in the comments section below and I will be glad to answer them for you.

Have a great day

8 thoughts on “What Is ShareCash About – The Truth”

I created this website to help veterans to learn how to make money online.  Everyone is welcome.

My goal is to help others in avoiding the many shady programs out there and help you become successful with your online business.